The Statue of Responsibility and Nathan Osmond Have Connected

West Jordan, UT – The Statue of Responsibility and Nathan Osmond have connected. He performed some of his patriotic songs as part of a very special Memorial Day Service. The event was held at Veteran’s Park in West Jordan, UT and was free to attendees. It was complimentary as a gift to the community to celebrate those who have given so much for our Country. What a great way to kick off summer!

“Memorial Day is a federal holiday in the United States to remember the people who died while serving in the country’s armed forces. Many people visit cemeteries and memorials, particularly to honor those who have died in military service. Many people place American flags on each grave in national cemeteries.” -Wikipedia

A highlight of the evening was the moment Nathan Osmond received the coveted “Statue Of Responsibility” Award. Osmond, with emotions close to the surface, was very grateful for the recognition. He was recognized for his contributions to Responsibility all across the country as he performs. From the manner in which he promotes himself to the lyrics of his songs, he emulates Responsibility in many ways. It was a gratifying moment for all. 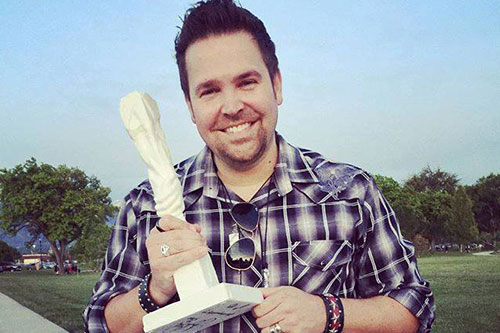 “Nathan Osmond is more than just “A Little Bit Country!” His four latest singles have all hit #1 on several Country charts for up to 4 weeks in a row. (“Sweet,” “The Tailgate Song and “There’s A Whole Lot About A Woman,” featuring first-ever CMA award winner, Jack Greene). His new single, “Stars & Stripes,” which he co-wrote, also just hit #1 on the Independent Country Charts this year.” -NathanOsmond.com